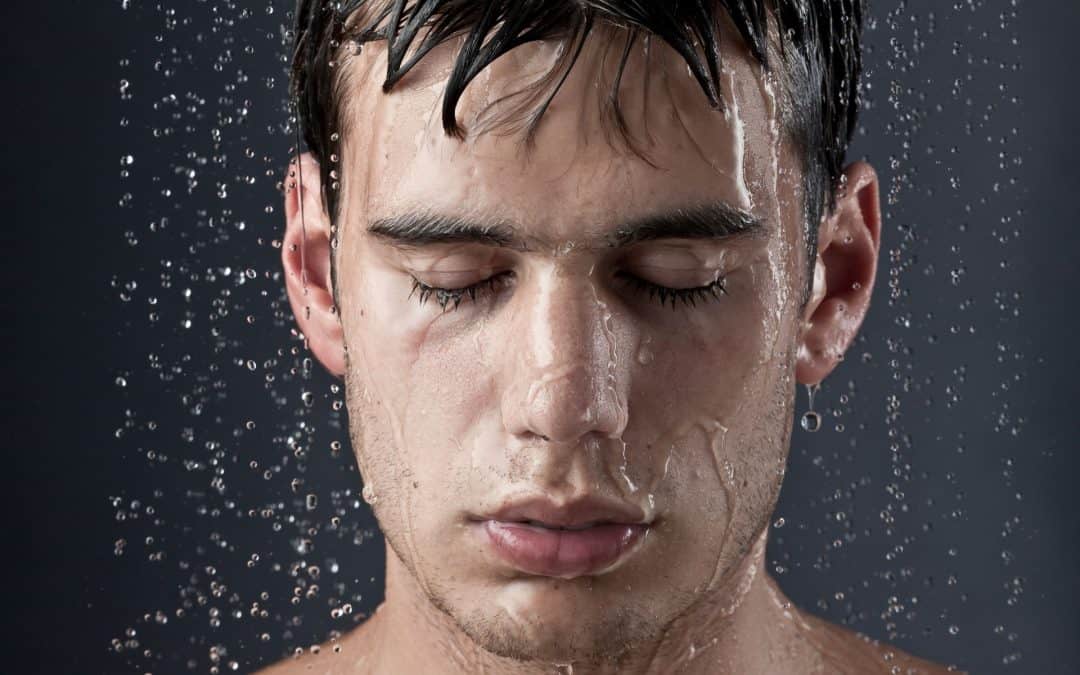 Processing everyday sensory information can be difficult for autistic people. Any of their senses may be over- or under-sensitive, or both, at different times.

These sensory differences can affect how they feel and act, and can have a profound effect on a person’s life. National Autistic Society.

In a recent interview I did with a long term client, he said to me “I used to be worried about blacking out in the shower. Showering felt very dangerous for me”.

Now this was hugely significant. It was a big statement. I had to stop him talking to go back to what he was saying – which was no small thing as previously it had been so challenging for him to speak – but I really needed to understand why he found showering dangerous.

This client had spent years in a highly immobilsed body where speaking, moving, initiating executive functions required enormous effort. Every little thing, even thinking and processing information took time. I knew this, but what I had never understood was that his sensory overload was so high, that the sensation of being in the shower – with the water spraying, the sound, the heat, the confined space – whatever it was – all impacted his already overloaded system to a point where he felt he would black out.

I was stunned. I thought of all the behaviour reports I had read and the protocol we always have for people on the autism spectrum where we teach them steps so that they can ‘self-care’. As professionals we decide that these people are avoiding certain behaviours; that they have PDA (Pathological Demand Avoidance, my great bugbear); that they have no interest in showering and taking care of themselves; that we need to teach these behaviours; skill them up – all the while potentially missing the point that they may be in a valid and extreme state of anxiety over their personal safety.

Think about it. If you couldn’t control your body blacking out in the shower, would you want to take a shower? The answer is no, you would avoid it.

What always irks me about behavioural profiles is the lack of appreciation of the challenges of the sensory system. The ‘pathology’ is seen as a psychological deficit, one that must be managed and directed. How much literal, physical pain do we put people through by ‘knowing’ what they need? How much time is wasted by not accepting there must be a valid reason for the person’s behaviour – even if we can’t know it, or they can’t speak it?

The point is that these people do know precisely what is going on and often, for whatever reason, they can’t make their body operate the way they want it to. They generally know exactly HOW to take a shower and self-care – they just can’t. It’s not pathological in a psychological sense – in fact it’s not a pathology at all if you assume that pathology means disease! It is more like an involuntary inertia of the body, an imbalance of the autonomic nervous system that plays havoc with your body’s operational software and ability to effectively engage with the world.

This young chap, less than a year into the program, started to take showers; he has initiated a self-care routine. He has begun to cut his hair and to be most considered about his appearance. He is doing so because he can. He is doing so because his body is not shutting down so much and he is getting better sleep. Now that he does not have to fight his body and mind at every turn, he has choice and control over his day.

He has choice and control over his day because he has worked very hard in the last three years with me and his dad, to invite his body to move out of its fixed state. We have progressed with very gentle physical exercises and understanding, to motivate the internal system to move out of a hypo-alert state. We have at no time engaged in a behavioural protocol or investigated his psychology. Over time, his body has begun to learn how to stay in a more regulated place and this has allowed his whole operating system to re-engage. He is talking with ease, he is smiling with ease, he is cracking jokes with his dad.

This young man, now, can share what he knows. He can share his wisdom and his trials of living in a highly shut-down state that even his parents, who are devoted to him, could not know. They didn’t know he was scared of blacking out in the shower, because he couldn’t tell them. He can tell them now!